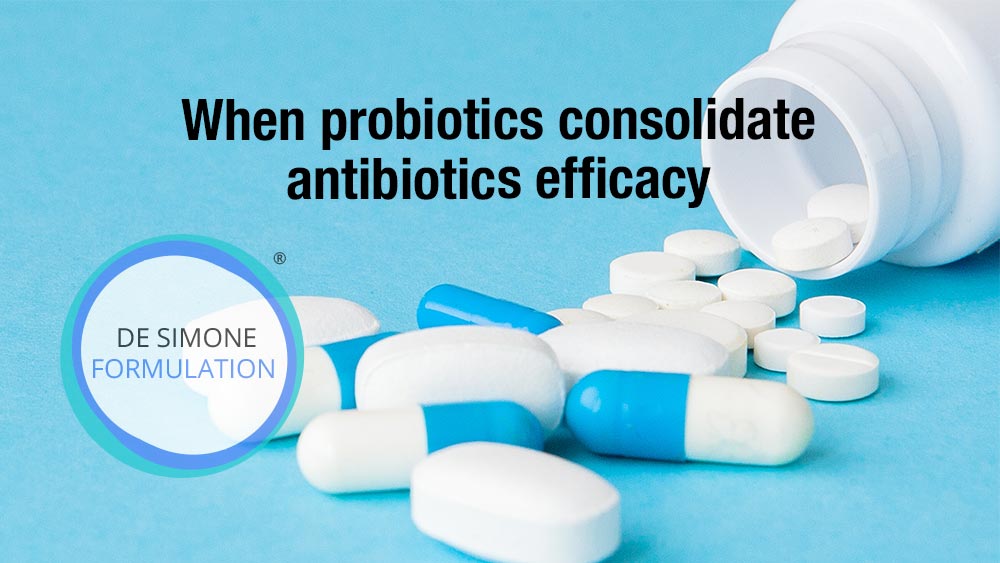 Infections caused by KPC-2 producing Klebsiella pneumoniae (KPCKP), are an increasing threat for hospitalized patients, because of the ability of carbapenemasi enzyme (KPC) to confer antibiotic-resistance. The Spanish group led by Ana del Rio published an observational study (1) on the efficacy of a 10-day non-absorbable oral antibiotic (NAA) regimen vs. the same regimen followed by a probiotic (De Simone Formulation) for 20 days in adult patients with KPCKP rectal colonization acquired during an outbreak. Seventy-three patients colonized by KPCKP were included, of which 21 did not receive any treatment, 26 received NAA alone and 26 received the same antibiotic protocol followed by the probiotic supplementation. All patients were followed up for at least 1 month and a control rectal swab was performed 1 month after day 0. In the group of patients receiving NAA + probiotics, eradication rate at 1 month of follow-up was 88.4% (23 patients). Final outcome demonstrated that decolonization in patients receiving NAA plus probiotic was numerically but not significantly higher than that of controls (p = 0.14) and of those receiving only NAA (p = 0.09).

While the results are similar in the groups with or without NAA, this observational study suggests that in terms of KPCKP eradication from stools, the administration of the De Simone Formulation after the NAA regimen is better, safe and effective in improving the decolonization. The promising results therefore suggest to further investigate this strategy, particularly in colonized patients who have to receive systemic antibiotics.