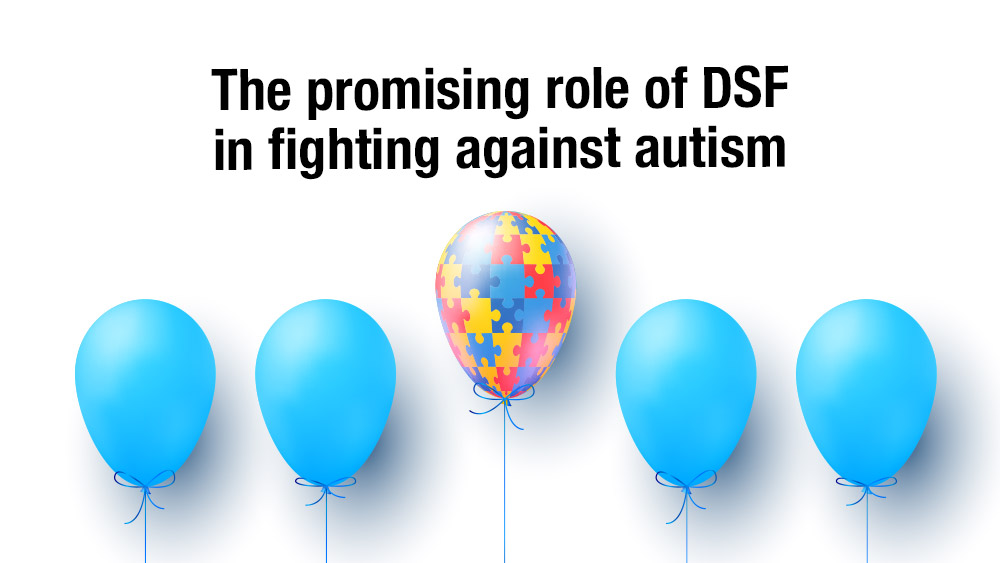 Autism spectrum disorders have an increasing prevalence characterized by enormous individual, family and social costs. There are growing interest and more resources addressed to researching the causes of this disease, which are still far from being fully and exhaustively defined. However, an interaction between genetic and environmental factors is implicated, converging in altered brain synaptogenesis, and the brain-gut axis plays a decisive role in the pathogenesis of this disease. Based on these assumptions, a group of Italian researchers evaluated the positive central effects of a 6-month therapy with the DFS probiotic to 46 individuals with autistic disorder. Results from this randomized, double-blind, placebo-controlled study, published in the journal Autism, allows analyzing the correlations between electroencephalography activity and biochemical and clinical parameters.(1)

More specifically, subjects treated with probiotics showed a decrease of power in frontopolar regions in beta and gamma bands, and increased coherence in the same bands together with a shift in frontal asymmetry, which suggests a modification toward a typical brain activity.

This study confirms the results found out from the research group led by Elisa Santocchi and published in the journal Frontiers in Psychiatry in 2020 (improvements at the gastrointestinal level, such as the increase in adaptive function and sensory profiles) and already commented here. According to the researchers, these elements suggest changes towards a brain activity less consistent with that usually found in subjects with autism, thanks to the DSF probiotic supplementation.