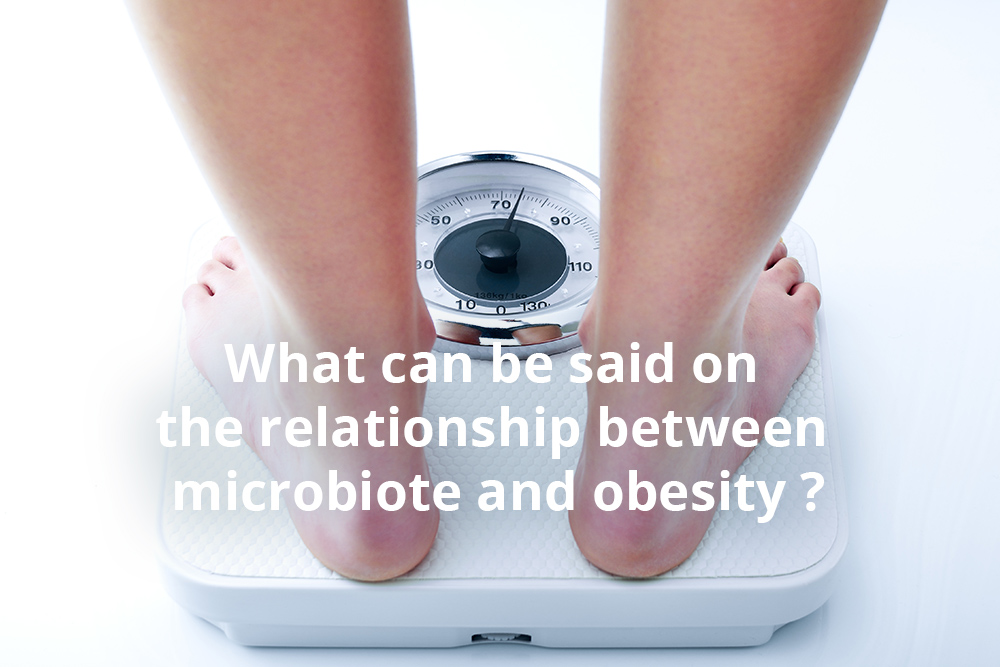 What can be said on the relationship between microbiote and obesity ? The National Obesity Care-week which takes place in the United States from  october 30 to  november 4 is an opportunity to consider  a subject which has been written about extensively these last years.

Do you know that since 1980 the number of obese people worldwide has doubled? According to the latest WHO data, more than 1.9 billion adults are overweight and 600 million are obese. Called the “epidemic of the third millennium”, obesity has become suche a global medical emergency that the United States, which is particularly concerned, is currently dedicating a full week on it. From October 29 to November 4, the National Obesity Care Week is campaigning to inform and raise awareness about the issue of obesity and its many health impacts.

Faced with this real scourge, research is being mobilized and more and more studies are being conducted, including those attracting media interest on the relationship between the microbiota and obesity. This question interests me particularly because the Simone’s Formulation, the probiotic mix that I developed, was used in various clinical studies on obesity.

So what can be said about the relationship between microbiota and obesity? That there is indeed a link, demonstrated by the numerous studies conducted on humans as well as on animals. It has been shown that normal weight individuals have a richer and more diverse flora and that obese individuals have a higher concentration of Firmicutes bacteria and a lower concentration of Bacteroides. It has been shown that when the intestinal bacteria of obese mice are transferred to the intestines of lean mice, the mice begin to enlarge.

To talk about studies involving the De Simone Formulation, a double-blind study of 48 obese children with non-alcoholic fatty liver disease (NAFLD) showed that the group on the De Simone Formulation for 4 months, at a dose of 1 sachet per day , experienced a significant improvement in NASH, greater reduction in BMI, and increased GLP-1, an intestinal peptide that controls satiety.1

A second study was conducted on 20 male non-obese male subjects, initially subjected to a controlled eucaloric diet for 2 weeks, then for 4 weeks to a high-fat (55%) and high-fat diet. in calories (1000 Kcal in addition to optimal calories). The group that took the De Simone Formulation for 4 weeks at a dose of 2 sachets a day had a smaller increase in BMI and body fat than the placebo group.2 These studies show that by acting on the intestinal flora we can influence certain mechanisms of obesity.

“However, we are only beginning to tackle these multiple and complex mechanisms, and in the current state of research, it is premature to designate the microbiota as the only responsible for obesity. I am therefore appalled to see new products coming every day on the market, making lucrative business on obesity, but have not been the subject of clinical studies and whose promises often go well beyond the scientific data obtained so far.”