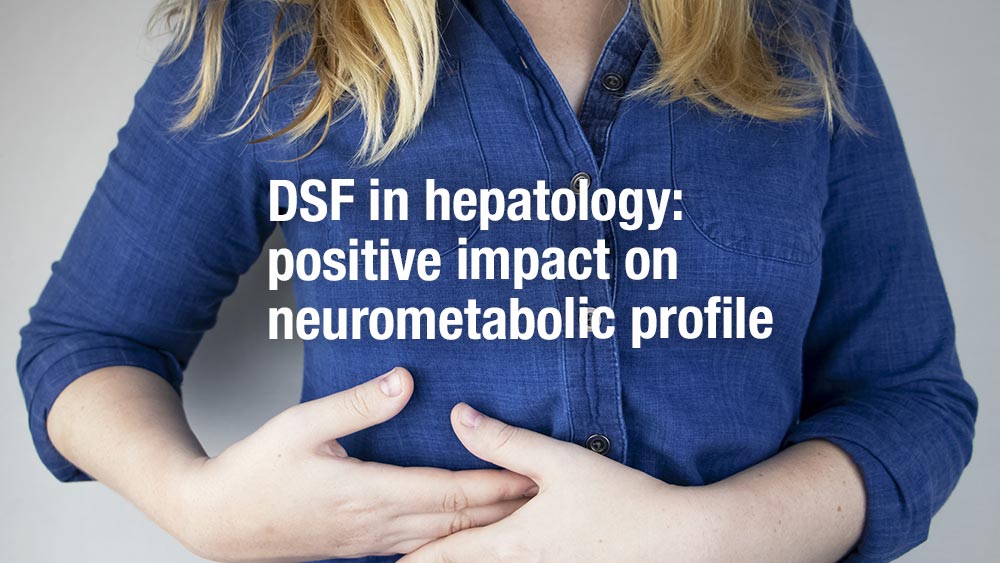 Type C hepatic encephalopathy (HE) is a neuropsychiatric disease caused by hepatic dysfunction secondary to chronic liver disease. Management of type C HE remains an important challenge because treatment options are limited. The effects of both the antibiotic rifaximin and probiotics have been evaluated through neurological testing in humans, and are currently used to reduce the symptoms of HE in some clinical settings. Anyway, longitudinal studies assessing their effects on brain metabolism are lacking, and the molecular mechanisms underpinning their effects are not fully understood.

In this contest, the study published by Cristina Cudalbu in Scientific Reports (1) aimed to use the advantages of highly resolved 1H magnetic resonance spectroscopy (1H MRS) to analyze longitudinally the effect of the antibiotic rifaximin alone or in combination with a probiotic formulation (Vivomixx) on the neurometabolic profile of bile duct ligated (BDL) rats, an established model of type C HE.

Data showed that while rifaximin alone appeared to induce no significant effect on the neurometabolic profile of treated—compared to non-treated BDL rats, its association with probiotics resulted in more attenuated neurometabolic alterations in BDL rats followed longitudinally. Rifaximin treatment combined with the probiotic Vivomixx can be associated with a smaller increase in brain glutamine, followed by a milder decrease in glutamate and creatine levels, some of the key metabolites involved in osmoregulation and brain metabolism.