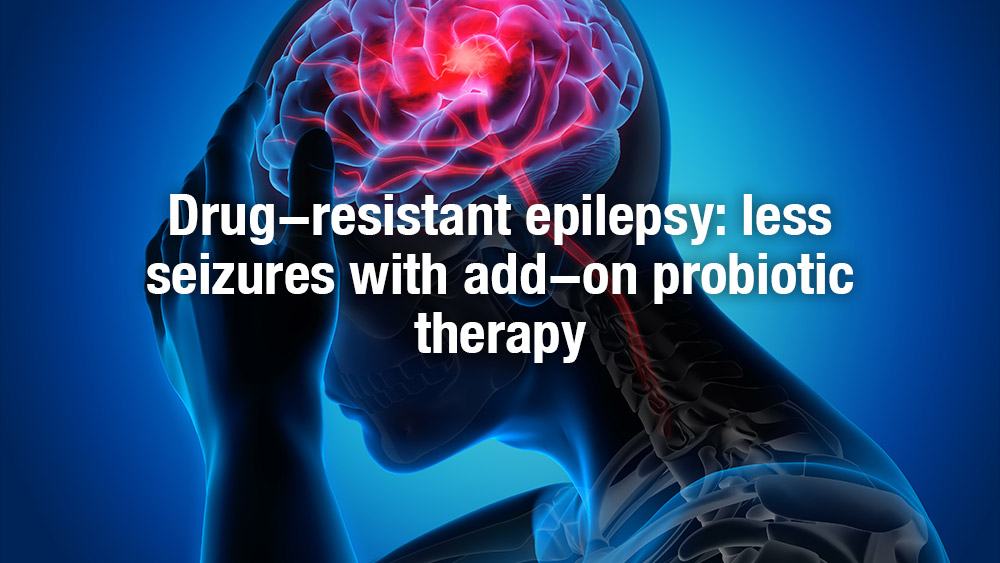 Drug-resistant epilepsy (DRE) occurs in 25-30 per cent of patients with epilepsy (1), and current alternative therapies have shown limited effectiveness.

The gut microbiota is known to regulate immunity and inflammation, metabolism, and neuronal signaling pathways (2), and alterations to this balance are reported in several neurological disorders (3). Inflammation of the blood-brain barrier (BBB) is also said to play a role in the pathophysiology of epilepsy (4).

Administration of the SLAB51 formulation (Ormendes SA) has shown efficacy in other inflammatory conditions, with a proven safety profile. This clinical efficacy prompted researchers to conduct a pilot study in patients with DRE, evaluating the effect of SLAB51 on seizure frequency, changes in markers of inflammation and immune activity, interleukin-6 (IL-6), soluble CD14, monocyte activation marker, and the inhibitory neurotransmitter g-aminobutyric acid (GABA) (5).

The therapeutic goal was defined as a ≥ 50% seizure reduction during daily dosing of SLAB51 for four months, plus a further four months without SLAB51 (n=45). Patients completed questionnaires on their seizure frequency, adherence to the SLAB51 and their anti-epileptic drugs (AEDs), and their quality of life (QoL) (QOLIE-10).

In the intent to treat (ITT) population (n=43) 28.9% of patients (n=13) reached the ≥ 50% seizure reduction threshold. Of the patients who reached the therapeutic goal, a significant improvement in the QoL was seen during therapy and after cessation (p=0.013). Ten patients maintained a lower number of seizures four months after the end of SLAB51 therapy.

IL-6 and sCD14 serum levels were reduced during the administration of SLAB51, although they increased after therapy was stopped. The sharp increase in GABA levels during SLAB51 administration suggest an association of SLAB51 with GABA production, which can have an anti-epileptic effect.

The study supports the theory that modulators of the gut microbiota are potential future anti-seizure therapeutics (1). The early addition of SLAB51 to AED therapy could reduce the risk of structural changes to the brain caused by recurrent seizures.