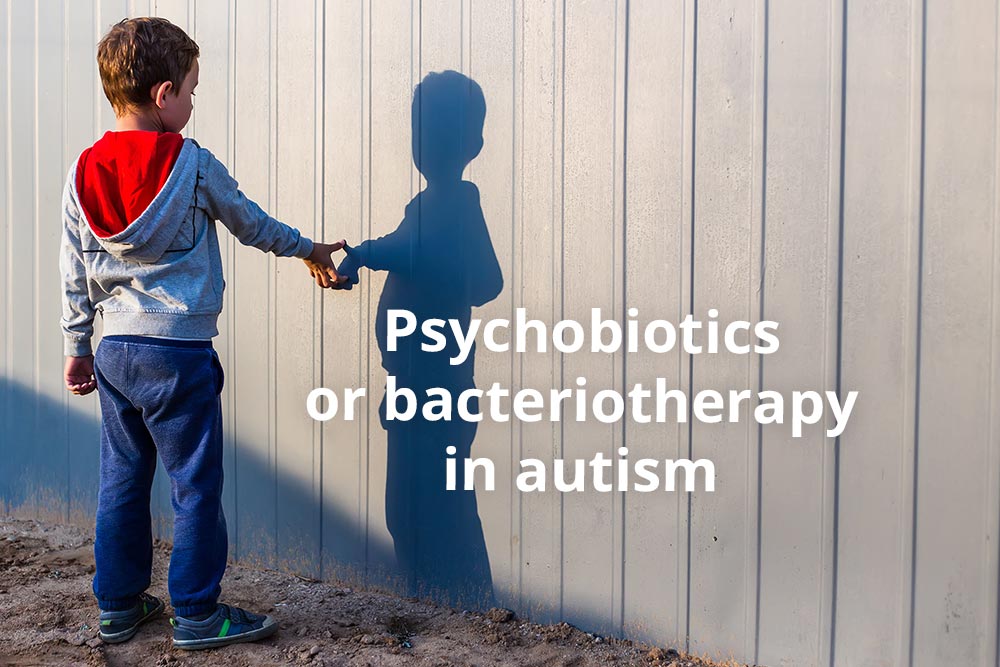 New evidences recognize the microbiota-gut-brain axis as a key modulator of neuropsychic health.  Interestingly, probiotics, recently named “psychobiotics”, may modulate brain activity and function. In this framework, Elisa Santocchi and colleagues wanted to understand if bacteriotherapy could be a valid strategy in autism, possibly improving the behavioral profiles of children with Autism Spectrum Disorder (ASD). This pathway had already been hypothesized by the group led by Gabriella D’Ettorre, who had published an interesting study about improvements in neurocognitive functions obtained in HIV patients supplemented with a high concentration multi-strain probiotic (Vivomixx®).

The study has been published in Frontiers in Psychiatry.

This is a double-blind randomized versus placebo study of 85 preschoolers’ children diagnosed with Autism Spectrum Disorder (ASD); the treated group received the same Vivomixx® probiotic for six months, during which the severity of the disease was assessed using a gold-standard evaluation tool (ADOS-CSS: Autism Diagnostic Observation Schedule – Calibrated Severity Score) in reference to the group treated with placebo.

There is no substantial difference between the symptoms examined, but some improvements achieved at the gastrointestinal level, an increase in adaptive function and sensory profiles compared with placebo, evidence of the benefit of probiotic supplementation. Furthermore, the significant results (average reduction of 0.81 in Total ADOS CSS and 1.14 in Social-Affect ADOS CSS) obtained in a subgroup of children without gastrointestinal symptoms suggest that the potentially positive effects of probiotics on the main symptoms of autism should also be investigated, regardless of the specific intermediation of the probiotic on gastrointestinal symptoms.

These results suggest the benefit of probiotics on autism and GI symptoms in distinct subgroups of children with ASD, and once again confirm the great importance of the synergy between the microbiota, gut and nervous system.