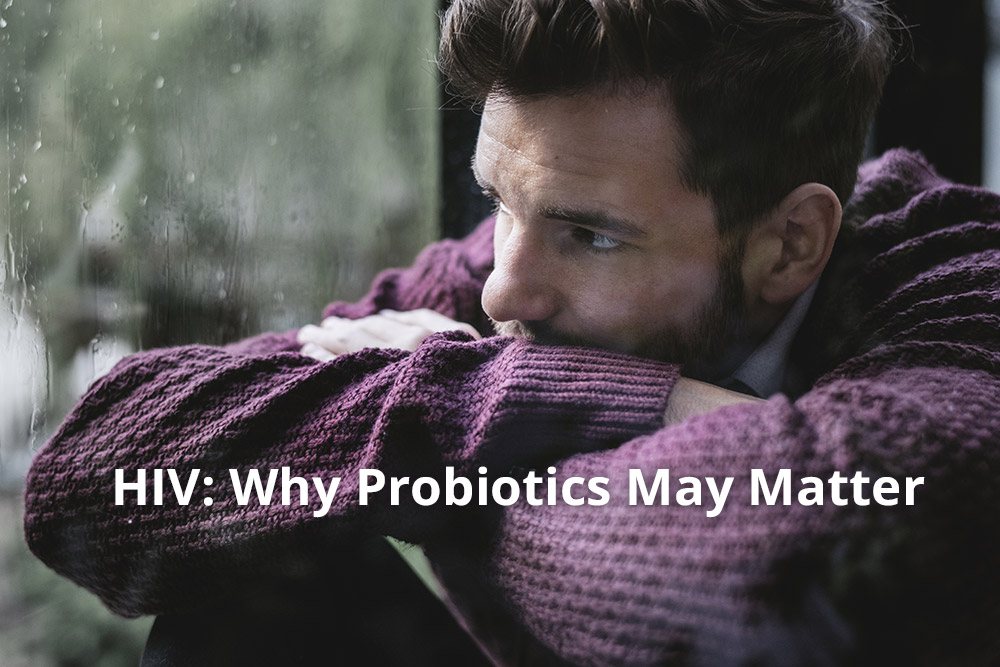 Even though the antiretroviral therapy is effective in suppressing viral replication and decreasing HIV-associated morbidity and mortality, most HIV-infected individuals show a high prevalence of problems related to cognitive impairment. A research group from Italy published a very interesting article on the Journal of NeuroVirology with the results of a 6 month supplementation of a high-concentration probiotic (the De Simone Formulation) based on the cerebrospinal fluid (CSF) analysis and a neurocognitive assessment in 13 HIV-positive patients.

All patients underwent a basic neurocognitive assessment and blood sampling at time zero and after six months of probiotic supplementation. Specifically, immune phenotyping and activation of specific markers (CD38 and HLA-DR) were evaluated on peripheral blood. Plasma levels of IL-6, sCD14, and MIP-1β were detected, by enzyme-linked immunosorbent assay (ELISA). The functional proteomic analysis of the CSF sample was carried out by two-dimensional electrophoresis.

Highly concentrated probiotics led to an improvement of several cognitive tests and neurocognitive performance in HIV-positive subjects. In addition, a significant reduction in the percentage of CD4+, CD38+ HLA-DR-T cells was also observed at the peripheral level after taking the probiotics (p = 0.008). The probiotic supplementation during cART therapy significantly modifies protein species composition as well and abundance at the CSF level, especially those related to inflammation (β2-microglobulin p = 0.03; haptoglobin p = 0.06; albumin p = 0.003; hemoglobin p = 0.003); modifications in the metabolites of the bacterial flora and intestinal permeability has reduced the production of pro-inflammatory cytokines, especially TNF-α, at systemic level. Additionally, the amelioration of the CSF proteomic profile suggests that it is locally protected by the action of pro-inflammatory molecules, bringing an improvement of the clinical status, thus an improvement in the cognitive decline.1

This study is limited in size due to the invasive procedure of the lumbar puncture, before and after the supplementation with the De Simone Formulation, which was however essential to highlight – for the first time – that the amelioration of the CNS inflammatory state is due to improved blood-brain barrier permeability in the CSF of patients who experienced an improvement of their neuropsychiatric function.