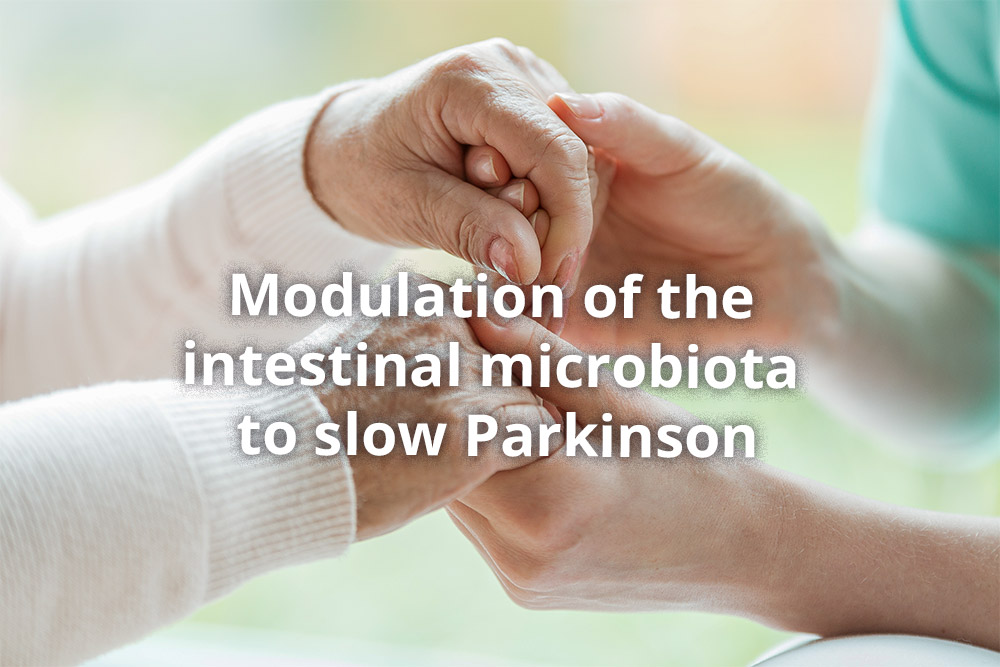 Parkinson is a neurodegenerative disorder characterized by motor and non-motor symptoms (such as depression, abnormalities in the gut function, pain, hyposmia), which may appear before the motor sign. Some treatments can help relieve Parkinson’s disease (PD)-associated symptoms, but there is no therapy to control the onset and progression of this disorder.

Altered components of the gut could represent a key role in gut-brain axis, which is the bidirectional system between the central and the enteric nervous system. Considering that diet can alter the composition of the intestinal flora, thus influencing the function of the gut-brain axis, many evidences demonstrated the possible restoration of the intestinal microbiota through the administration of selected probiotics. Probiotic formulations may dampen the inflammation through cytokines production (Nicola S et al, 2016), and decrease the oxidative stress through a reduction in ROS (reactive oxygen species) (Nowak et al, 2018). This aspect is of high interest since PD progression is faster in presence of infections.

To verify this hypothesis, the University of L’Aquila carried out a study to investigate the effects of a specific probiotic formulation SLAB51 in PD (Castelli et al, 2020). To this purpose, researchers first tested the formulation on a PD in vitro model, then performed dopaminergic neurons analyses and behavioral tests after administration of SLAB51 in a mouse model. Data from the in vitro study, performed on neuroblastoma cells, demonstrated not only the lack of toxic effects of the probiotic mixture, but also a significant decrease in the levels of 6-hydroxydopamine (6-OHDA), a metabolite determining serious cellular lesions.

SLAB51 showed to increase neuroprotective protein levels and decrease the neuronal death proteins, confirming a neuroprotective effect exerted by the probiotics. In order to evaluate the potential neuroprotective effect in a more complex model, SLAB51 was administered in a 6-OHDA-lesioned mice model. Interestingly, SLAB51 was able to counteract behavioral impairment induced by 6-OHDA inoculation, restoring the control conditions. These findings were confirmed by specific tests to monitor motor impairment and functional improvement in PD. In addition, nervous tissue was collected and evaluated by immunofluorescence microscopy, and confirmed the reduction in the neuroinflammation in the treated mice compared to the controls.

These new findings suggest this specific mix of probiotic strains as a promising candidate in the management of Parkinson’s Disease, confirming that the modulation of the gut flora affects different pathways which can help slow the progression of the disease.