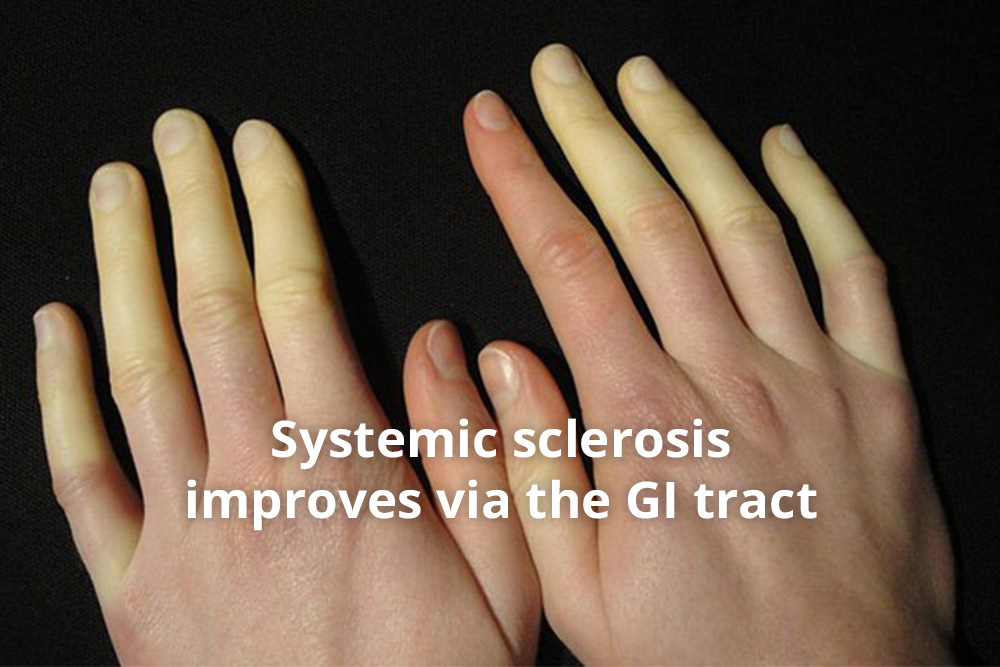 Patients with Systemic Sclerosis (SSc) display important alterations in the gastrointestinal function, which are being studied by many researchers, such as the gastroenterologist Julian Thumboo and his colleagues from Singapore. The initial idea of Dr. Thumboo was to evaluate if a supplementation  with the De Simone Formulation could improve intestinal activity in patients affected by SSc. The Phase II experimental study, published in Seminars in Arthritis and Rheumatism, involved 40 patients divided in two groups randomly: during this 120-day period one group received a placebo and the other one 1800 billion bacteria a day for 60 days followed by probiotic administration for 60 days for both groups. To study the potential effect of probiotics administration, stool samples were analyzed by next-generation sequencing, and a specific questionnaire for the gastrointestinal tract (GIT) was submitted to the patients and then evaluated. After an initial 60-day period no significant difference was recorded in the two groups, while an improvement in GIT was detected in the probiotic group after 60 days and then maintained until the end of the study.

A similar improvement was recorded in the diversity analysis of microbiota in stool samples, supporting the hypothesis that a rich and more diverse community in gut microbes could be responsible for the improvement perceived by patients with SSc.