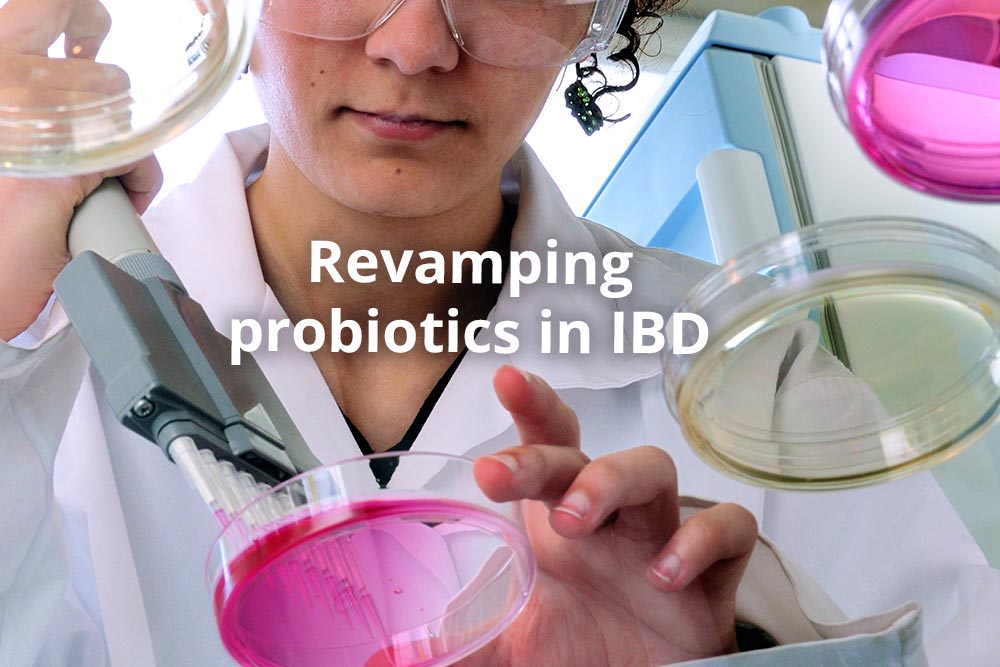 At the University of Perugia, the team coordinated by Stefano Fiorucci further deepened the concept of dysbiosis with the aim to find out strategies that can improve the prognosis in patients with chronic inflammatory bowel diseases (IBD). The research team from the Department of Biomedical and Surgical Sciences analyzed the relationship between dysbiosis and inflammatory bowel disease, to support the concept that a defective immune reaction to bacterial antigens may have a pathogenic role in the development of disease. For this purpose, a new probiotic formulation was tested in an IBD mouse model by combining four probiotics (Streptococcus thermophilus, Lactobacillus casei, Bifidobacterium breve, Bifidobacterium animalis subsp. lactis) with Bacillus subtilis, a Gram-positive bacterium.

Chemically-induced IBD mice were divided into three groups: one group was administered only with B. subtilis, the second group with the De Simone Formulation, and the third one was supplemented with the new formulation containing the five bacterial strains. The latter, which included Bacillus subtilis, showed to be effective in reducing the development of the signs and symptoms of colitis, and decreasing the expression of pro-inflammatory mediators, such as Il-6 and TNF- alpha. Furthermore, the bacterial combination also increased the expression of Il-10 mRNA and the concentration of T-reg lymphocytes.

To better understand the research strategy, Fiorucci explains: “Alteration in the composition of the microbiota is commonly detected in patients with IBD, especially in Crohn’s disease. This evidence supports the concept that unregulated immune reaction due to bacterial antigens plays a triggering role in the pathogenesis of these pathologies. Consequently, the gut microbiota represents an important therapeutic target in these disorders and can be modulated by this new bacterial formulation.”