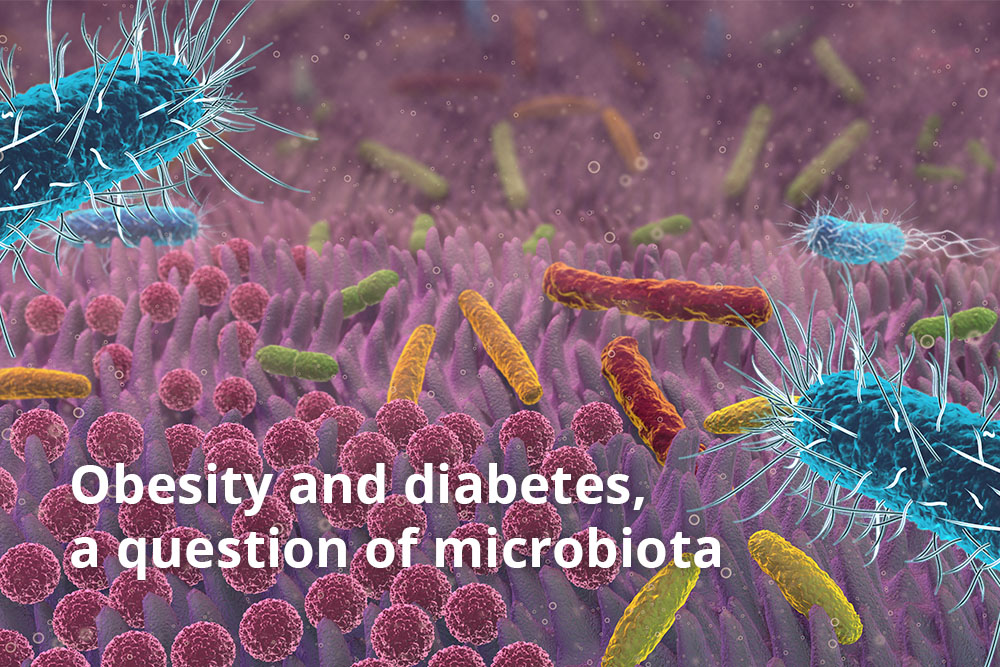 In this paper from Harvard, the group led by Ronald Kahn wondered why obesity and diabetes were associated with increased rates of anxiety and depression, suspecting intestinal function involvement.

To understand the relationship between the gut microbiome and brain insulin resistance in these disorders, Kahn’s study evaluated behaviors and insulin action in brain of mice with diet-induced obesity (DIO) with and without antibiotic treatment.

It was discovered that DIO mice have behaviors reflective of increased anxiety and depression; at the same time there was a decrease in the molecular signals of insulin and an increase in inflammation in the nucleus accumbens and amygdala.

If mice were treated with oral metronidazole or vancomycin, inflammation decreased, insulin-related mechanisms in the brain improved, and signs of anxiety and depression were reduced.

The interesting element was given by the fact that these effects were associated with changes in the levels of tryptophan, GABA, BDNF, amino acids and acylcarnitines, situations that are widely transferable to germ-free mice by fecal transplant.

The conclusion is that changes in gut microbiota can control brain insulin signaling and metabolite levels, and this leads to altered neurobehaviors.