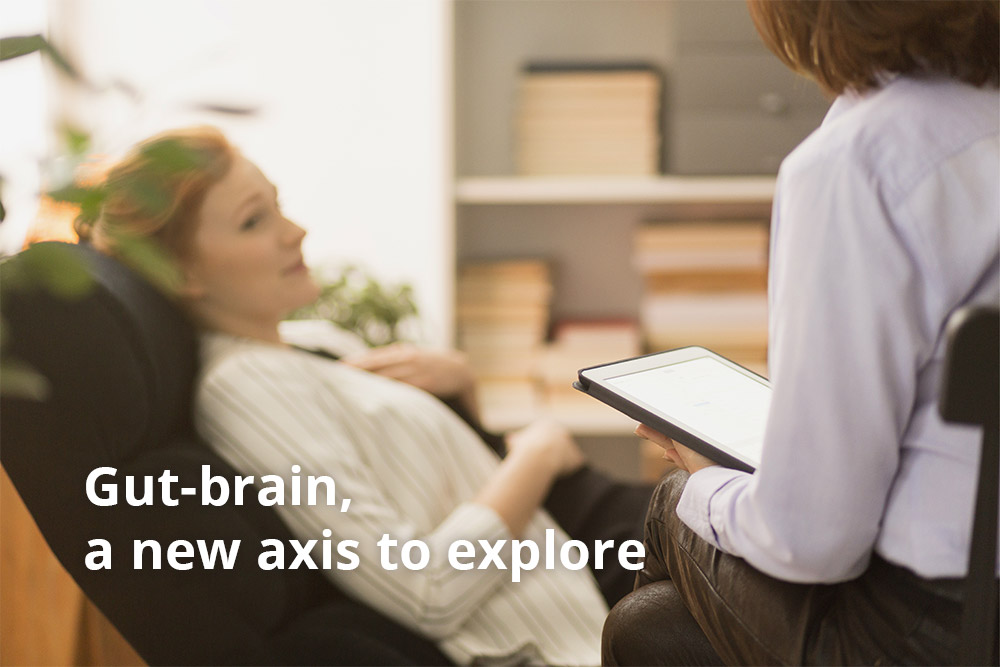 The modalities with which the organism establishes its behaviour in the environment that surrounds it also passes through the intestine; this notion was hypothesized but still not confirmed based on the existing interconnections between the vagus nerve, the immune system, short-chain fatty acids and tryptophan. From an evolution standpoint, the babies born from caesarean section have a distinctly different microbiota in early infancy from those born vaginally while, at the other extreme, people who age with considerable health problems tend to show a reduced microbial diversity.

Recently, the intestinal microbiota has been profiled in different application fields including autism, major depression and Parkinson’s disease. There is still a discussion about whether these changes are either the pathophysiology or simply epiphenomenal, a debate to which two Irish researchers, Timothy and Cryan, contributed by publishing an interesting study on Current Opinion in Clinical Nutrition and Metabolic Care.1

The two authors conclude in this rewiev that some neuropsychiatric disorders could be treated in targeting the microbioma by microbiota transplantation, antibiotics or psychobiotics.

Autism, major depression and Parkinson’s disease, the question today is to understand if the changes in the quality of the microbiota are related to physiopathology or just epiphenomenal.