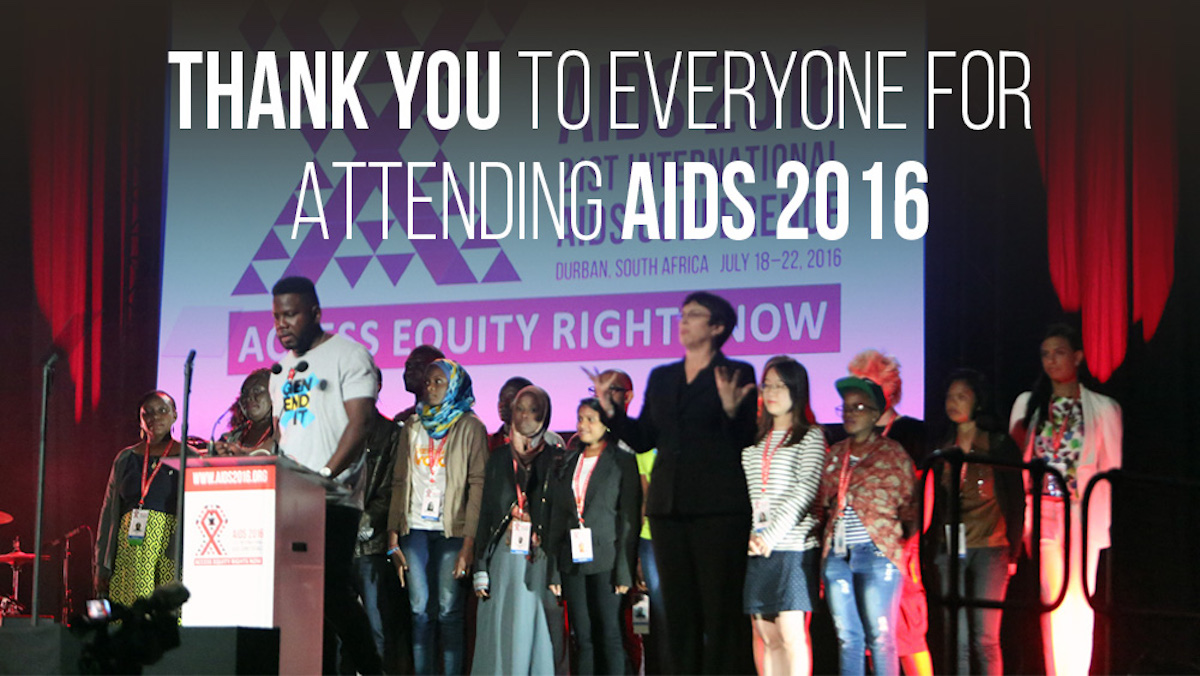 The 21st International Conference on AIDS

The 21st International AIDS Conference (AIDS 2016) was just concluded in Durban, South Africa, and we must draw some conclusions from the many presentations and all the new developments that have been brilliantly illustrated there.

Gut bacteria play an important role in the pathogenesis and progression of AIDS.

In the initial phase of HIV infection, the first and most violent attack on the immune system occurs in the gut itself, where not only more than 70% of the immune system is found, but also two thirds of the CD4 cells. Some CD4 cells, called TH17 cells, help protect the integrity of the gastrointestinal wall against bacterial translocation, i.e. when the intestinal mucosa loses its integrity and microbes and bacteria cross the wall to reach the bloodstream . In these cases, the immune system reacts immediately, causing systemic inflammation. This persistent inflammation contributes to the development of non-AIDS-related opportunistic medical conditions such as cardiovascular diseases and certain cancers.

In addition to microbial translocation, in HIV infection dysbiosis occurs which can lead to a decrease in CD4 cells, triggering further deterioration of the intestinal barrier and local and systemic inflammation.

«The subject of AIDS is very important to me, being Professor of Infectious Diseases above all, my early works as a young doctor in the 1980s were focused on AIDS which had a huge impact at the time of the explosion of this disease. I have recently turned my attention back to this field of research and the possible applications of microbiota modulation in HIV patients. The preliminary results are very encouraging and excellent research groups such as the ACTG in the US and the Canadian HIV Trials Network will provide solid scientific grounds for research and improvement of health of these patients. »

Recently, a study conducted at the Sapienza University in Rome, Italy, on the effects of six months of probiotics on microbial translocation in ten seropositive men on antiretroviral therapy showed an important recovery of the TH17 and TH1 cell populations (important in the immune defense ) in both the intestine and peripheral blood, as well as a reduction in cellular markers of immune activation. These results indicate that probiotics may decrease systemic inflammation.

A placebo-controlled study in 90 HIV-positive people under stable antiretroviral therapy is underway in the United States. The NIH sponsored the AIDS Clinical Trials Group (ACTG) for a multicenter study at several US sites, including the University of Alabama in Birmingham and the John Hopkins University in Baltimore.

The project called ACTG A5350 uses the probiotic, Visbiome (Exegi Pharma), the multi-strain probiotic with very high concentration of which I am the inventor, and it will be evaluated in people with a low viral load and a CD4 level higher than 200. The study will determine whether Visbiome reduces systemic inflammatory markers, increases microbial diversity in the intestinal microbiome and improves immune function in the intestine.

Another study with this same probiotic is underway at two centers in Toronto, Canada, by the Canadian HIV Trials Network. The aim of this Canadian study is to test whether the immune activation, inflammation and bacterial translocation can be positively affected by the probiotic. This study enrolls men who are under antiretroviral treatment with a CD4 count lower than 350 as well as naïve patients who will have to start their treatment, the hypothesis being that the probiotics, here Visbiome, can stimulate the immune function of these people. http://www.hivnet.ubc.ca/?s=visbiome