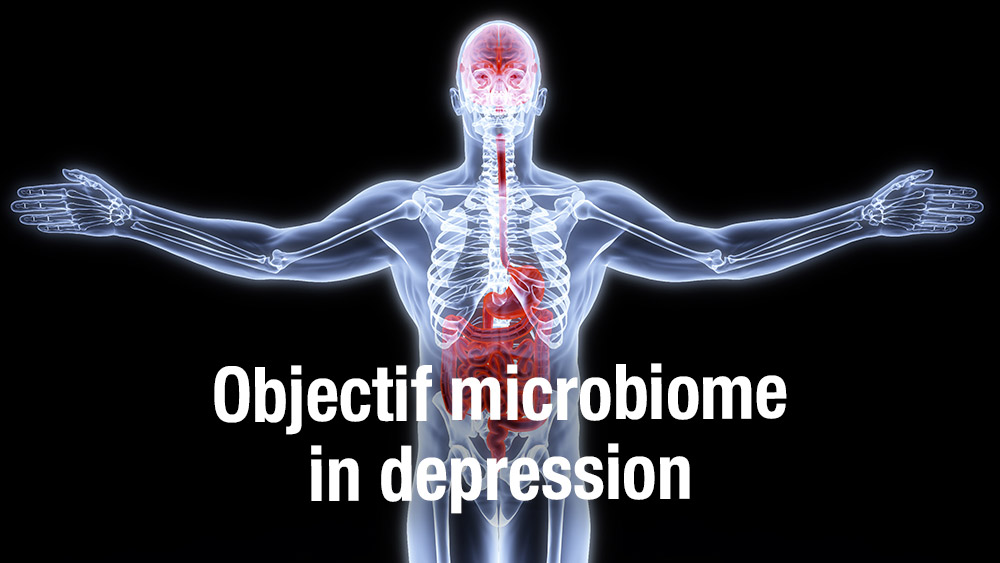 Major depressive disorder is one of the most common mental disorders and in some individuals it can result in severe impairments that interfere with or limit the ability to carry out major life activities. The concept of using probiotics in depressive disorders has been the subject of growing interest in recent years as scientists have learned more and more about the linkage of the gut microbiome and certain neurobiological pathways, also known as the “microbiome-gut-brain axis.” Human and animal studies suggest the microbiome may be influencing certain neurobiological processes. A new study conducted at the University Psychiatric Clinics Basel in Switzerland, and recently published on Translational Psychiatric, provides some of the most robust clinical outcomes with a high-dose probiotic supplementation in depressive symptoms to date (1).

In this double-blind randomized controlled trial patients with current depressive episodes were recruited based on a clinical depression rating scale called the Hamilton Rating Scale for Depression (HAM-D). In addition to their usual treatment for depression, patients were supplemented for 4 weeks with either the probiotic (the De Simone Formulation, under the trademark Vivomixx in EU, 900 billion live bacteria daily) or a matched placebo to compare the clinical outcome.

Results showed that, over time, the patients on the active probiotic exhibited decreased depressive symptom outcomes relative to the placebo. Brain imaging also resulted in interesting positive outcomes in the probiotic supplemented group showing that neural activity in the putamen, a region involved in emotional processing and associated with depression, decreased after probiotic supplementation. Moreover, probiotics maintained microbial diversity and increased the abundance of the genus Lactobacillus, which was associated with decreased depressive symptoms.

These findings suggest that the De Simone Formulation improves depressive symptoms and maintains healthy enterotypes, species richness and increases specific health related bacterial taxa. On a neural level, the supplementation with specific probiotic alters negative biases and emotional valence additionally to routine therapy for depression. In conclusion, this study highlights the role of the microbiota-gut-brain axis in major depressive disorders and emphasizes the potential of microbiota-related treatment approaches as accessible and pragmatic therapies to improve the effectiveness of current treatments in depression.