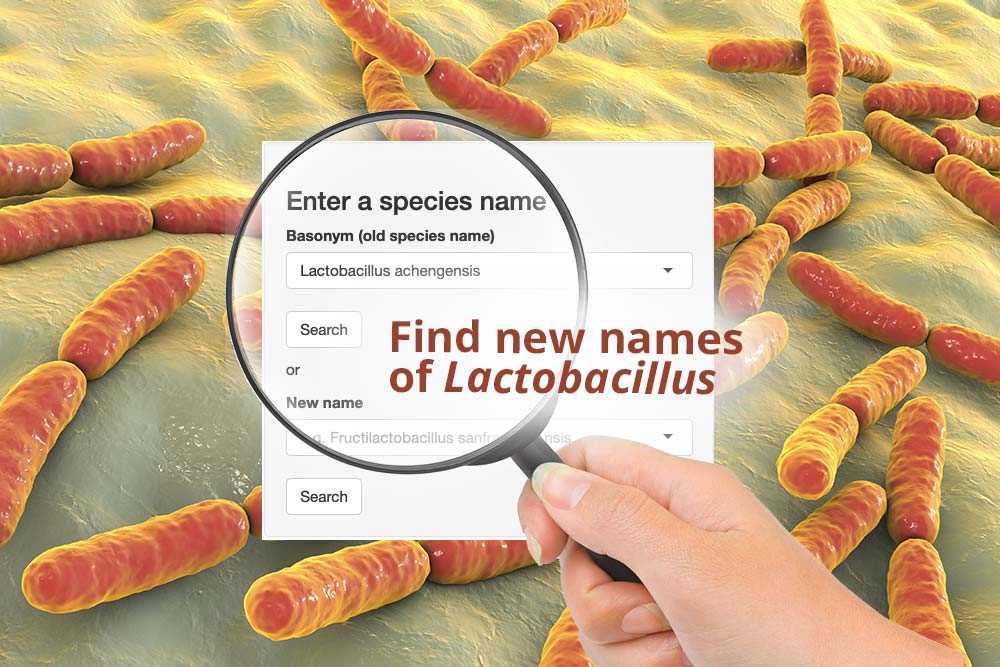 Since the description of the first Lactobacillus species, Lactobacillus delbrueckii, in 1901, over 260 species were assigned to this genus until March 2020. The availability of new DNA analysis tools over the years has shown that genus Lactobacillus was too diverse and did not conform to nomenclature conventions.

According to several genetic approaches and phenotypic or ecologic criteria, a team of  15 scientists (from 12 different institutions and 7 different countries proposed to split genus Lactobacillus into 25 genera: the emended genus Lactobacillus, (with, for instance, the species L. delbrueckii, L. acidophilus and L. helveticus), genus Paralactobacillus and 23 novel genera, such as, among other, Lacticaseibacillus (which includes Lacticaseibacillus casei, former L. casei) and Lactiplantibacillus (which includes Lactiplantibacillus plantarum, former L. plantarum). The reclassification was accepted and published on the International Journal of Systematic and Evolutionary Microbiology.

The novel genera now comprise species characterised by common physiological, metabolic properties and lifestyles; this will facilitate the functional and ecological studies on these bacteria, unveiling the mechanisms that are at the basis of the health benefits and technological properties of some species.

As scientists update the nomenclature thanks to new tools and technologies, it brings a great contribution for a more precise classification of the immense world of the bacteria inside and around us to better focus our research. It is also important for the consumer to be reassured that the products and the strains themselves have not changed. I therefore will not update the strain names to the De Simone Formulation to avoid confusion for all the patients and consumers taking my formulation.